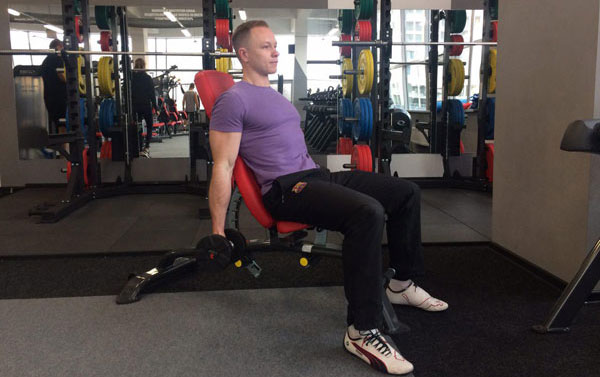 Variable arm bending with dumbbells. The starting position is sitting on the bench. Dumbbells in the lowered hands, palms turned inwards towards the body:

– to draw a breath and, at a delay in breathing, bend one arm at the elbow, unfolding the brush at yourself, lifting the elbow;

– At the end of the movement to exhale.

Strand the execution with each hand. 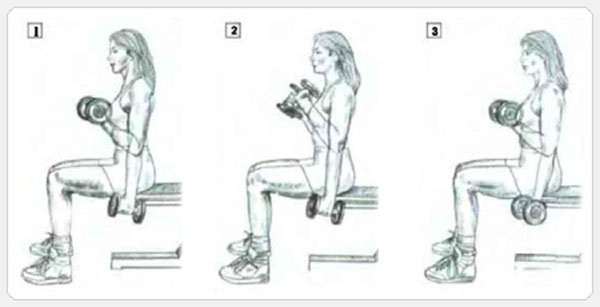 1. Mainly due to the biceps work.

2. Due to intensive work of the humerus muscle.

3. Mainly due to the work of the biceps and shoulder muscles.

Video for exercise – alternating bending of hands with dumbbells

For whom: To everyone, from beginner to master.

How many:3 sets of 8-15 repetitions alternately on each hand. 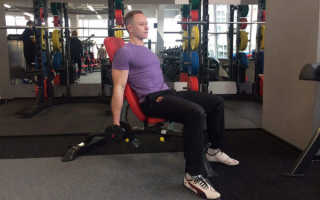 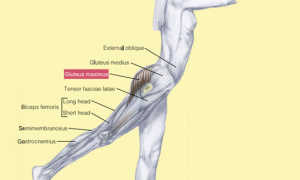